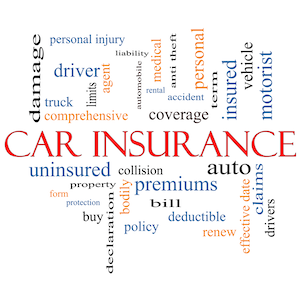 Maurer Law represents clients seriously injured by uninsured motorists (UM) and underinsured motorists (UIM) in Fayetteville and the surrounding areas. Although North Carolina requires all drivers registered in the state to carry insurance for property damage and bodily injuries, not everyone follows the law. There are also drivers whose car insurance policy limits may not be enough to cover all of the costs and damages sustained in a catastrophic motor vehicle injury crash.

Fayetteville uninsured motorist and underinsured motorist accident lawyer Mike Maurer is a former insurance defense attorney who now dedicates his law practice to helping personal injury victims recover the compensation they are owed. Sometimes, this may mean going up against a client’s own insurer or even multiple insurance companies. Contact Maurer Law at 844-817-8058 so we can explore your legal options with you.

In North Carolina, all auto insurance policies are required to include uninsured and underinsured motorist coverage in the event that the insured driver and any of their passengers are hurt or killed in a traffic collision caused by another motorist who is not carrying enough or any insurance. While one would think that your own insurer that you pay premiums to every year will always have your back, the company stops being on your side the moment you file an auto injury claim through your own policy. They may even try to minimize, delay, or deny any payments they owe you.

Attorney Maurer is extremely knowledgeable about the tactics that insurers will use when trying to obfuscate or reject an auto injury claim. He knows how to protect your rights and defend against such maneuverings.

If you were injured by an underinsured motorist, then you will likely be dealing with two insurers —your own insurance company and that of the liable driver. In such instances, you will want seasoned legal help in filing each claim and making sure that both insurers treat you fairly.

Maurer Law has built a reputation on both sides of the negotiating table for taking on the challenging and tough cases that many other Fayetteville UM/UIM accident law firms will stay away from. We are known for representing those who need our help the most, providing every client with personalized attention and quality service, and exhausting all avenues of financial recovery. Led by Attorney Maurer, our team has achieved excellent results for our clients.

Sometimes, motor vehicle crash injury victims may be able to avail themselves of multiple insurance coverages beyond that of the liable party and their own UM/UIM policy. This can include a separate insurance they may have coverage under, the auto insurance policy of a relative who they share a residence with, and/or the insurance of someone not directly involved in the crash but who was vicariously responsible.

For example, one of our clients, a single mother, was hit in a head-on collision and severely injured by a drunk driver who was traveling the wrong way on I-295. The intoxicated driver did not have enough liability coverage to fully compensate our client for her extensive injuries, which required six surgeries and resulted in permanent disability.

Although our client had underinsured motorist (UIM) coverage through her own policy, even that was insufficient to fill the gap between her damages and the available sources of insurance coverage. Not willing to give up, Fayetteville uninsured motorist and underinsured motorist accident lawyer Mike Maurer utilized his skills as a former police detective to find out where the drunken driver had been coming from before the collision. He wanted to determine if there were additional parties who should be held responsible and discovered that the drunk driver had just left a house party.

Through months of investigative work (involving social media networking and metadata analysis), we identified and located several of the partygoers. Two of them became our witnesses. They told us that the host of the party not only served the drunk driver a large amount of alcohol, but they knew that the motorist was intoxicated and intended to drive home. In North Carolina, this is known as a social host theory of negligence.

We ended up pursuing the homeowner’s coverage held by the party host and reached a substantial settlement prior to litigation. This case was a good example of why it is important to conduct a thorough investigation. Sometimes there are additional angles to pursue to compensate clients for injuries caused by uninsured or underinsured motorists.

Maurer Law is experienced in representing military personnel, veterans, and their families in Fort Bragg and the surrounding areas who have civil accident claims involving uninsured and underinsured motorists. Call us today at 910-714-4323 or reach us online to request your free, no obligation case consultation.