GET A FREE CONSULTATION 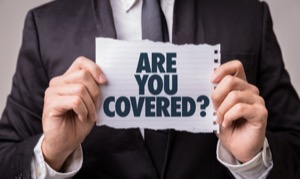 In an ideal world, anytime someone is seriously injured or killed in a Charlotte, NC car accident , the driver responsible for causing the crash would have enough auto insurance to cover all costs, including medical bills, property damages, lost wages, pain and suffering, permanent disabilities, and other losses. Unfortunately, this is not always the case. Even though North Carolina requires all drivers registered in the state to have at least the minimum amount of liability insurance for bodily injuries and property damage in the event of an accident, this may not be enough, especially when catastrophic injuries and deaths are involved.

Also, not every motorist obeys the law and has auto insurance. A driver without car insurance is an uninsured motorist (UM). A motorist that has insurance, but with policy limits that are not high enough to cover all the bills and damages sustained in a serious collision, is called an underinsured motorist (UIM). Either way, auto crashes involving an uninsured or underinsured driver can be complex, as are North Carolina’s laws surrounding these types of accidents, and they require experienced legal help. This is why you should contact Maurer Law right away.

Former Insurance Defense Attorney Now On Your Side

As a former insurance defense lawyer who now works with North Carolina personal injury victims, Charlotte uninsured motorist and underinsured motorist accident lawyer Mike Maurer is especially adept at protecting his clients’ rights and helping them secure the compensation they are owed. His experience and knowledge in having worked on both sides of the negotiating table have helped him obtain successful outcomes even in UM motorist and UIM motorist injury claims that other attorneys have turned down because they thought the cases were too hard to win.

North Carolina requires all auto insurance policies to come with uninsured and underinsured motorist coverage so that insured drivers and their passengers are self-protected from motorists who don’t have insurance or whose policy limits are not high enough. This means that in such instances, you would file an auto injury claim through your own policy.

However, it is important to note that just because you are turning to your own policy that you pay premiums on doesn’t mean that the insurance company is looking out for you. If anything, it’s at this point that they become the “opposing side” and will likely try to minimize how much they have to pay you instead of making sure you get everything you need and are owed.

Charlotte uninsured motorist attorney Mike Maurer has seen insurance companies try to delay and obfuscate claims, get an injured party to settle for much less than what they are owed, or even deny a perfectly legitimate claim when they knew that the claimant didn’t have a lawyer. Mauer Law knows how to identify and counter such tactics. We work zealously and diligently to help all of our clients obtain the maximum recovery possible.

Here is where it can get especially tricky, as you’ll be dealing not just with the at-fault driver’s insurer, but also with your own. Not only do you have to prove to two insurance companies that you are the injured party and did not cause the crash, but also you’ll have to file two separate claims and hope that both companies treat you fairly.

With Charlotte underinsured motorist accident attorney Maurer on your side, you don’t have to hope that this happens, you can be sure of it. He is not afraid to stand up to even the biggest car insurance companies when representing his clients.

At Maurer Law, we choose to represent the people who need our help the most. To schedule your initial, no obligation case consultation, contact Maurer Law online or call 704-243-9292 today.